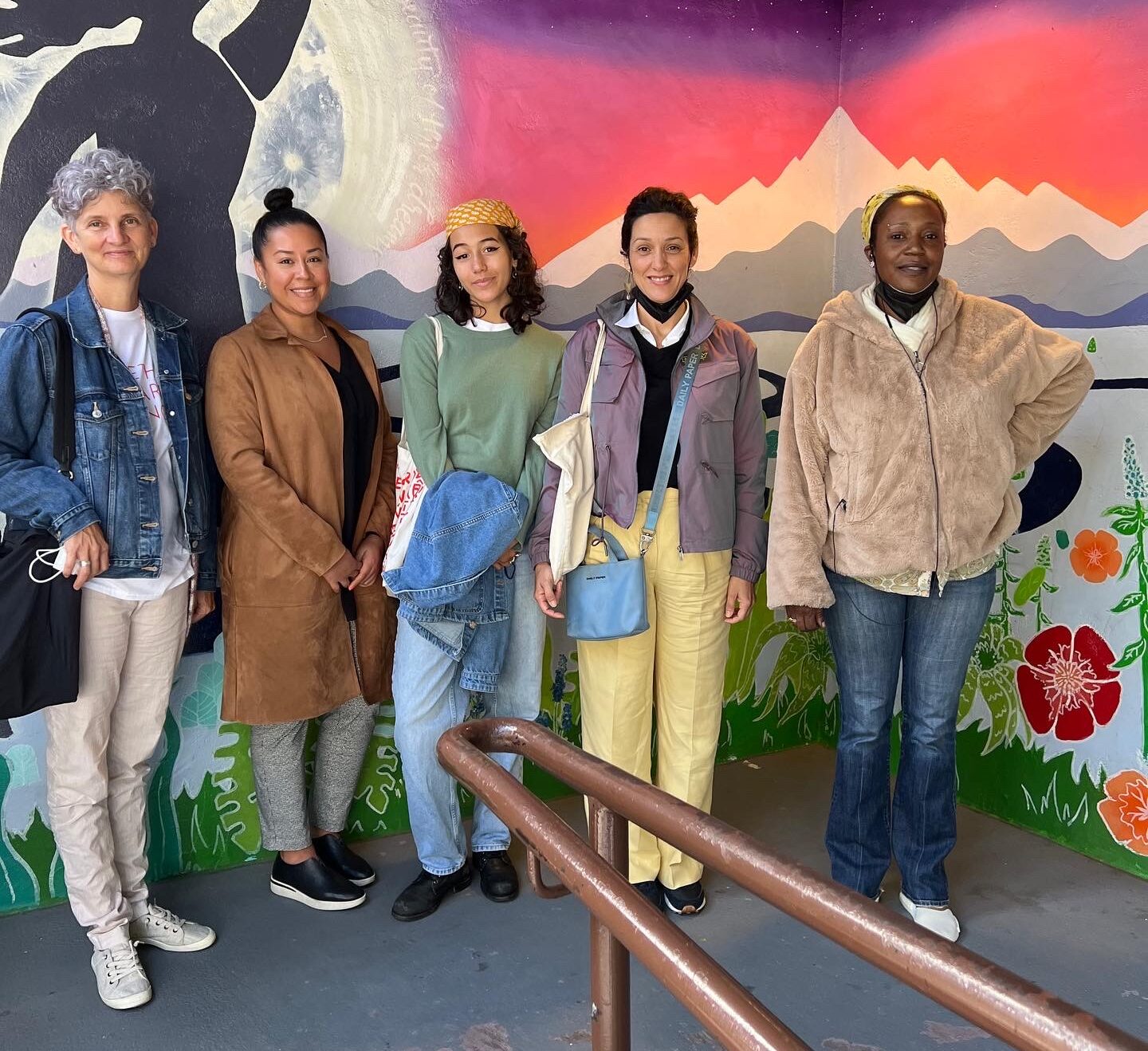 I was two years old when I visited a women’s shelter for the first time. Back then, Lotus House in Miami, Florida sheltered only 34 women nightly in two old apartment buildings and was run primarily by volunteers and friends. A few times a month, my mom would bring my sister and I with her to the shelter. While she was filling out forms, managing other volunteers, serving meals, and organizing events in those early years, I was petting the cats roaming the grounds of the shelter, playing with the kids that stayed there, and helping to serve meals as best a toddler could. I never really considered that these women and children didn’t have homes and that the Lotus House was their only option. That they had suffered trauma and lived in horrible situations, often running from danger. I didn’t even understand the concept of homelessness, that is, what it means to not have a home.

When I was seven, I moved to New York, and didn’t come back to Lotus House for nearly a decade. When I finally did, I saw how it had been completely transformed into a state of the art facility serving over 500 women and children nightly. I was so proud to have been a part of its earliest days. 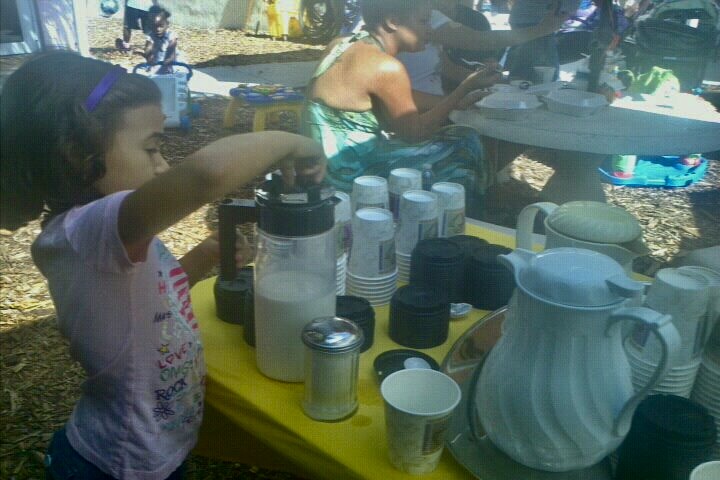 The following year, I was offered a summer internship at Lotus House to aid in their newest initiative: the National Women’s Shelter Network. The NWSN aims to establish and grow a national network of women’s shelters for information sharing and collective action, elevating the voices of women and children with lived homeless experience. Many times in my life I have felt hopeless about the homeless crisis in the country, feeling that there was nothing I could really do to make a difference. This initiative gave me hope, a chance to be a part of something powerful. In June of 2022, I was invited to join the NWSN’s team on one of the road trips embarked upon to recruit shelters around the country to join our network. This tour would encompass the entirety of the West Coast. To be completely honest, I wasn’t really sure what I was going to do on the trip. How should I act? What should I say? What is my role in the presence of so many important leaders as they fight against homelessness? I knew one of my goals was to help grow the social media –– but that couldn’t be all.

We flew to Seattle to begin our journey, driving down the coast all the way to San Diego over ten days. This was only my second time visiting the West Coast and my first time being in the cities that everyone talks about: Portland, San Diego, San Francisco, Los Angeles and Seattle. And yet I wasn’t traveling through these popular cities for tourism or site-seeing –– my mission was to learn about what people in the streets were experiencing and spread the word of the national network. Because of the focus of the trip, I didn’t see the places we visited in the same way that I would have as a tourist. I was seeing the side that people don’t talk about, or don’t want to talk about. I saw neighborhoods like the Tenderloin district in San Francisco and Skidrow in Los Angeles. I saw thousands of people living in encampments, sleeping on the streets. I saw endless lines of women, men, and children at shelters, drop-in centers, and soup kitchens, wondering if they’ll ever make it in. In their listless eyes you could see a history of adversity, sadness. They had been on the streets for a long time. 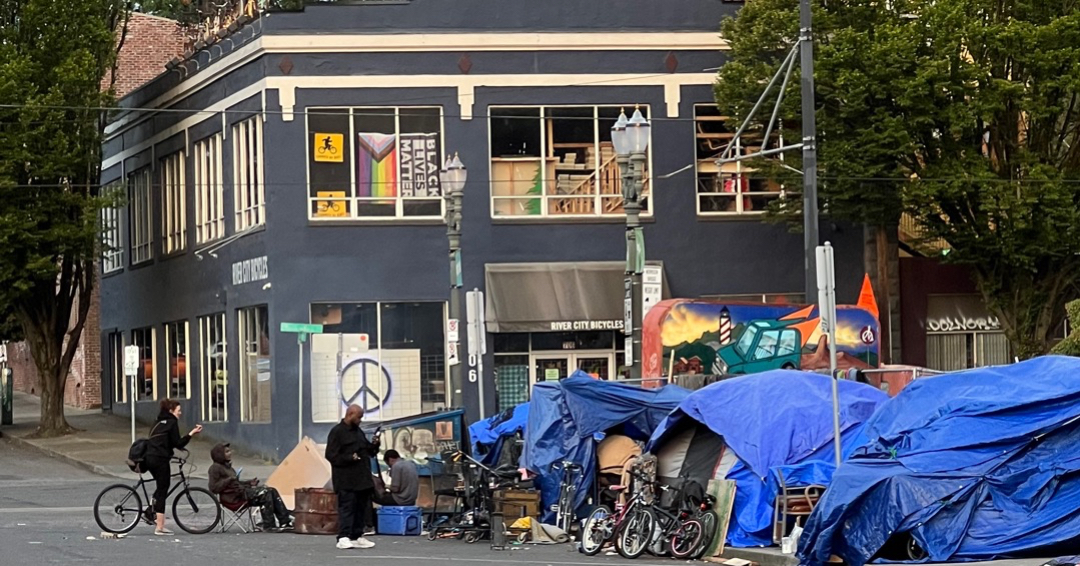 The day we arrived in San Francisco, I slipped over to Walgreens to buy some shampoo. Standing in the long line at the store, waiting to pay, I noticed a man ahead of me, very clearly homeless. He was dirty and smelled of urine and his pants fell loosely and way too low. Some customers behind me giggled uncomfortably, not knowing whether to stare or look away. He was taking a long time at the cash register because he didn’t have enough money to pay for the bags of snacks he was buying and was trying to sort spare bills and change. Many around me just stood there, doing nothing or laughing.

Suddenly, a woman in the back shouted, “You’re disgusting! Get out of the store, nobody should have to see that!”

I froze as so much sadness and anger washed over me. I wanted to shout back at this woman –– no one deserves to hear those words, ever. The man seemed so lost and unaware, but surely he heard what this woman said to him. Why? Why are we treating other humans like this? This man seemed harmless and he just didn’t have clothes that fit him well or money to pay for his food. Perhaps he was suffering from mental illness. Thankfully, a woman said she would pay for him and he was able to leave the store.

Standing next to the line was an elderly woman, just gazing around, holding her basket of food. She too appeared to be living on the street, homeless, unable to pay for her items.

“Do you need some help? Can I pay for those groceries,” offered my mother. The woman nodded and handed her a basket with a packaged cinnamon bun, a chocolate candy bar, and a can of fruit cocktail. Tonight, she wouldn’t be hungry

Some might say that you aren’t solving homelessness by giving someone money or paying for a few items to eat at the store. I understand to truly solve homelessness so much more is needed, like housing, services, and better laws to protect those most vulnerable in our communities. But until all those things happen, do something, anything.

Yes, this was a devastating trip, but also, this was the trip of a lifetime — I learned, I felt, I got involved as a youth and as a young woman in this country —to make a difference.

As we continued the trip, we visited many different types of shelters: drop-ins, nightly shelters, soup kitchens, and more. Centers with minimal funding and resources were still doing whatever they could to help, but what a difference it made to see shelters that had sufficient materials to impact lives long-term. Sanctuaries like Lotus House that are able to provide food, shelter, mental health services and programs for finding jobs and affordable housing are crucial to helping people heal and gain their lives back. Trauma-informed spaces focused specifically on each individual were most successful, because every single person has a different experience that needs to be personally addressed. 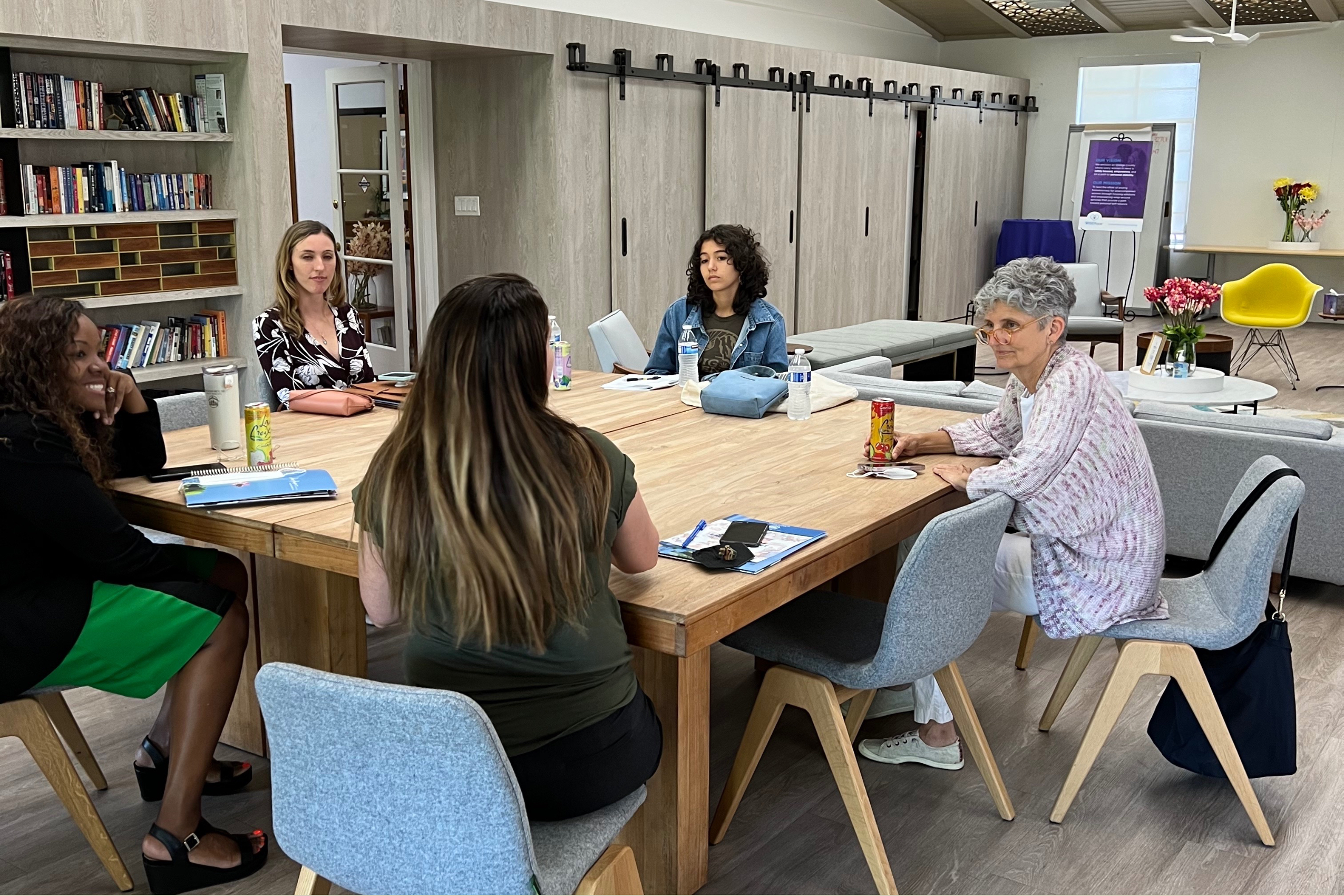 As a young person, I believe that it is so important for the youth in our country to be informed on these matters and advocate for a future in which women and children experiencing homelessness don’t have to struggle to survive and live in dangerous situations without the basic resources. Some of the shelters we visited had programs that involved members of younger generations, like a youth outreach board, where high schoolers can spread awareness in their communities through their schools and access opportunities to do volunteer work. Seeing shelters that were approaching the situation by including young people was incredibly empowering, and I only wish that more schools (including my own) had programs like these. It is critical that kids are involved and aware of these issues because, after all, the future is in our hands.

When I got back to New York, I felt hope because of the incredible growth of the NWSN, and I was happy to be home. But I was also heart-broken knowing so many women and children didn’t have a warm bed tonight. Trying to fall back into old routines seemed impossible. Too many of my friends and family were unaware of the real issues related to homelessness, just like I had been oblivious too. But I could no longer ignore this crisis.

Now I notice each and every individual on the streets, wondering what their story might be, and what their life could look like if only…. Just a few days after returning, I was on the subway headed to meet a friend, and a woman —visibly living on the streets— was selling handmade bracelets. Once upon a time, she might have been best known as someone’s mother or daughter, maybe somebody’s best friend. And now what was left was a person having to beg others for money to survive. I handed her a few dollars, and she gave me two bracelets in return. “You look beautiful,” she said. I wondered when was the last time she felt beautiful, respected, dignified.

The interaction brought me back to the shelters we had visited, so focused on offering women spaces filled with dignity and love, with opportunities to thrive and flourish, to turn their lives around. I want to share everything I learned. Because building a network of young, powerful minds can make all the difference we need to progress, to raise awareness. I invite you to learn, to care, to treat people with dignity and respect, and advocate for a future where women and children should never have to live on the streets. It starts with the community; it starts with us. Thank you Lotus House for my internship with the NWSN and all you do every day to end homelessness, in our community and across the nation. 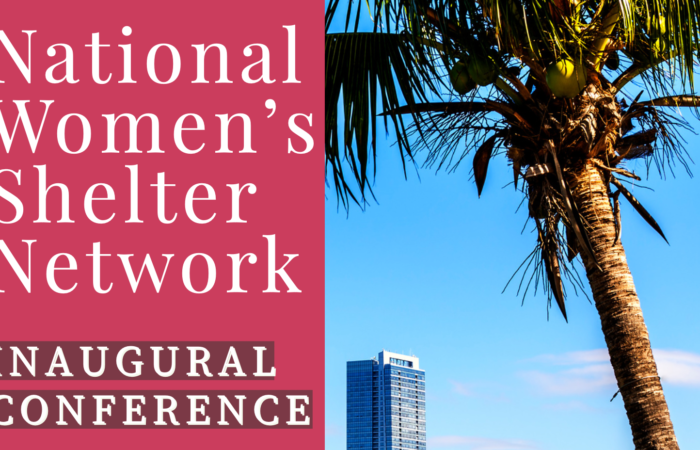 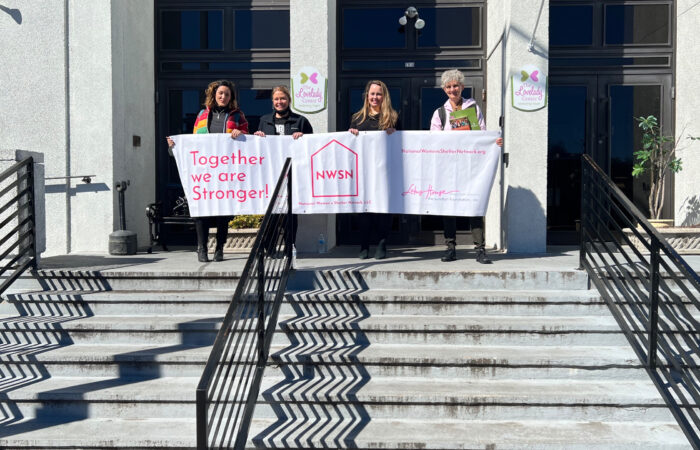 NWSN on the Road Across the Nation