A 16-year-old girl that was reported missing appeared to be waving through a car window while being transported on the highway. She was using a distress signal that has been trending on the popular social media platform, TikTok, for nearly a year. The signal was created by the Canadian Women’s foundation specifically for people to indicate that they are in a dangerous situation.

Fortunately, a person driving nearby recognized the signal and called 911 suggesting the girl had communicated distress through the hand gesture. Although officers were not aware of the signal, they pulled the car over and later learned that the girl had been reported missing for two days.

The driver, James Herbert Brick, was arrested and later charged with unlawful imprisonment. According to the sheriff’s office, Mr. Brick had pornographic images of a child on his phone. He now faces a child pornography charge as well.

“I don’t think any of us realized what that was, but we certainly do now,” said, Gilbert Acciardo, public affairs officer for the Laurel County Sheriff’s Office. Mr. Acciardo also believes that Mr. Brick didn’t know about the signal and thought the girl was probably just waving at other cars. He later praised the girl for using the gesture that likely saved her life.

“This is probably the best thing I’ve seen come along in the 48 years I’ve been a patrol officer,” he concluded.

The Canadian Women’s Foundation has been promoting the signal on TikTok since April 2020, and advises that anyone who sees such signal being used should try to engage with that person.

“It is a relief to hear that somebody was able to use the signal in a very dangerous situation, and that somebody knew how to respond,” Andrea Gunraj, the Canadian Women’s Foundation’s vice president of public engagement, said in an interview.

Angeline Hartmann, a spokeswoman for the National Center for Missing and Exploited Children, said in an interview on Monday that it was remarkable to think “how many things went right in this scenario” involving the rescue of the girl in Kentucky.

“We always say it only takes one person to bring a missing child home,” Ms. Hartmann said. “This was that one person, and you never know when you’re going to be that one person. In this case, she made a signal, that person paid attention and a call was made.” 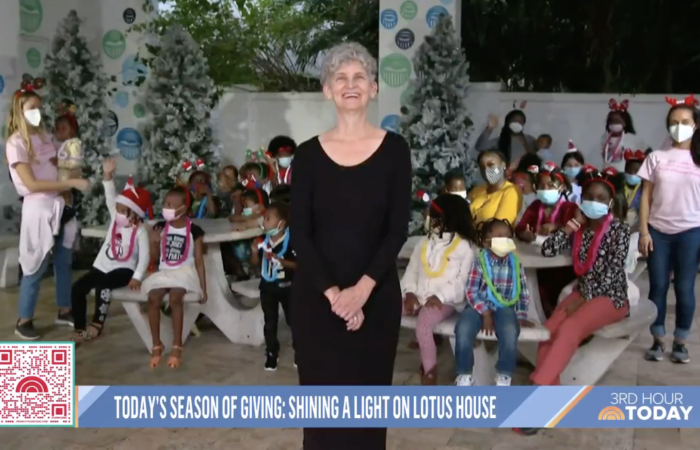 The Lotus House Women’s Shelter made national news on this morning’s TODAY SHOW! When Our Menstrual Needs Becomes Taxing